Men Are Mostly Responsible for the End of Roe, So Fuck Up Their World, Too (Updated)

The Supreme Court case of Dobbs v. Jackson Women's Health Organization, a draft decision on which was leaked this week, centers on a law passed by the Mississippi legislature in 2018 and signed by its governor. That law banned all abortions after 15 weeks of pregnancy. It was struck down by lower courts because it patently violated what the Supreme Court allowed in the Roe v. Wade decision. And now we know that a majority in the Supreme Court is willing to shitcan Roe in order to drag the nation into becoming a Christian theocracy.

Here's the thing about the Mississippi legislature...well, lemme let a couple of graphs do the talking.

This is the gender breakdown for Mississippi House of Representatives: 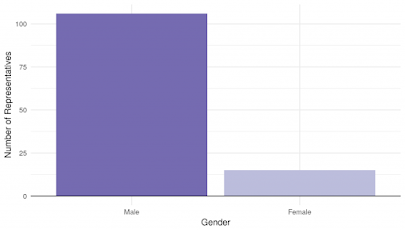 And here it is for the Mississippi Senate: 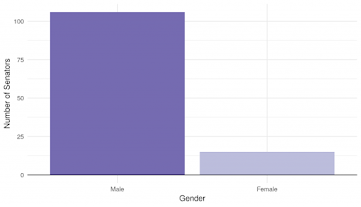 The big purple block is males. The little lavender one is females. Now, I'm no expert in reading graphs, but my rudimentary understanding of such complex pieces of information is "Holy fuck, there's a fuckton more men than women making laws in Mississippi." And, in fact, "fuckton" would likely be a term of art here because "Approximately 12.5% of members of the Mississippi House of Representatives and about 17.6% of members of the Mississippi Senate are women." If you're like me, you're assuming that Mississippi isn't a state that happens to be bereft of women. That assumption is correct. In fact, there are more women than men in Mississippi: 51.5% of people there call themselves "women."

You could look in many of the states where they have draconian anti-abortion laws or trigger laws that will toss abortion rights completely once the Roe decision is final and find a similar or close number of women in their legislatures. Alabama? 16.4% Oklahoma? 20.8% In no state with over 40% representation from women is the right to abortion threatened. But those places with roughly 65% or more men in the legislature? Shit has gone mad. Men have decided to fuck up the world for women. So, hey,  fuck their world up, too.

If I were a pro-choice legislator in one of those ludicrously savage states, I'd be proposing all kinds of fuckin' laws to bring the pain to men. For example, one Democrat in Florida,  Tina Scott Polsky, proposed an amendment to that state's 15-week abortion ban that would force the fathers-to-be to start paying child support at 15 weeks of pregnancy. Of course, that (and every) amendment failed to be voted into the final dickish law, including one that would have added back exceptions for pregnancies from rape, incest, and human trafficking. The gender breakdown of Florida is 51.1% women. Only 35% of the state legislature is women.

Despite the failure of Polsky's amendment, this is the kind of shit that Democrats should be introducing and emphasizing. The vast majority of women don't get pregnant without men involved (leaving out sperm donors, who are generally anonymous). So while working to get anti-abortion laws overturned or to get a majority in the state legislature or Congress to make abortion rights legal everywhere, use the bullshit against men. Come up with savage child support laws. For instance, in most states, a parent needs to be behind by a certain amount before wage garnishment and other collection methods are introduced. Lower that number to $0. That's right. You miss one payment and fuck you. Suspend your passport and your driving privileges. Take money from you wherever you get it. Taxes, lotteries, your grandma, whatever. And fucking jail you if you still don't pay up after one missed payment. Call it the "Men Make Babies, Too" Act.

Let's also add that if you're a rapist who impregnates a victim and you're in jail and you happen to live in one of the states where your family can sue to stop your victim from aborting your fucking baby, write a bill that makes that family responsible for the cost of the child from pregnancy until 18 years old. Call it "Love Your Son's Rape Baby" law or something. Then you can say, "Oh, you don't love your rapist son's rape baby enough to pay for it?"

And it shouldn't need to be said, but I guess it does. While what they might go through with the end of Roe is infinitesimal compared to women's forced childbearing, in states that outlaw abortion, it's gonna make the lives of forced fathers miserable, too. Whether it's through child support laws or through changing their lives and their futures around a child they never wanted to have, men's lives in Alabama, in Idaho, in Texas, in Missouri are gonna get fucked up.

But you know who's to blame for that? Mostly other goddamn men.

Update: As several of you have pointed out, this is a shitty idea because it will naturally hurt the working class and those in poverty, just like anti-choice laws do. Not to be a douche here, but it's kind of the point: meet their shitty, outlandish idea with a shitty, outlandish idea of our own. Let there be consequences across the board, not just on women.